A long time ago in a galaxy...well actually in San Francisco 2007, a good friend stood on a stage to announce a product which would change the world. I had one of those products. It was the very first iPhone. It came with an UNLIMITED DATA PLAN which I have been grandfathered into since that very first device.

Now, I have 3 devices, only 1 of them can use that grandfathered data plan because some idiot at the top of your food chain decided that even though there are those of us who have NEVER ABANDONED AT&T that you have to hold us by the balls and only allow us to have 1 device with unlimited data. There were others who threw you a finger and went to other companies and never came back but there are a few of us who have been with you since the beginning.

The LAST THING we want to see on our 1 device is ANYTHING SAYING OUR DATA WILL BE THROTTLED. Why? Because that's NOT part of our ORIGINAL CONTRACT and it's against the law. According to that little organization known as the Federal Trade Commission.

So...how do we resolve this? I'd love to know. Because after paying a bill ON TIME since back then, which is right around 8 years, I really get tired of being told I am approaching some kind of limit because my original contract specifies NO SUCH LIMITS and NO THROTTLING. 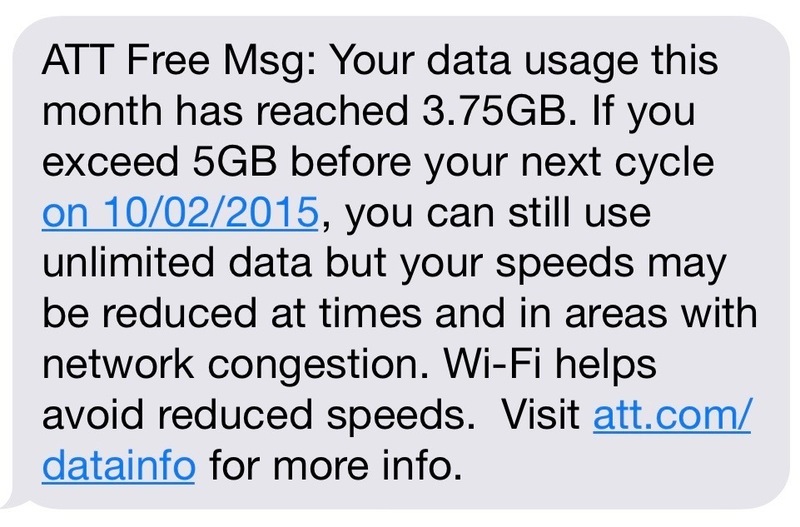