actually, the press is part of the problem, not part of the solution. We the people are being duped by the press daily and some of us never stand up to say STOP!

Fortunately, I was raised to stand up and say STOP!!!

Huffington Post printed a picture today of Donald Trump and attached to it an incomplete quote to try and anger many people. They were successful. Unfortunately people you have been duped by the Huffington Post. Manipulated, Lied to just as our government sees fit to do on a daily basis.

"50 PEOPLE DEAD AND DONALD TRUMP TWEETS, "APPRECIATE THE CONGRATS FOR BEING RIGHT ON RADICAL ISLAMIC TERRORISM."

What Donald Trump really said was this:

"Appreciate the congrats for being right on radical Islamic terrorism, I don't want congrats, I want toughness & vigilance. We must be smart!"

So the Huffington Post believes it is serving the memory of those who died in Orlando by bashing the one person who wants to stand up for AMERICA and lead us in a way that gets those who would want to harm us to think many times before actually doing something.

CONTEXT & COMPLETE QUOTES are KEY in this world!

Lying to the American public has been something the press has done to serve itself for many, many years. They do it to get the most advertising clicks in the world of money for clicks on the internet. This story has probably made them over $500,000.00 in the time it's been running. They should have to give that money to the people of Orlando and those who've cared for the dead and the wounded.

I'd like to see them held accountable by Trump's legal team for this and perhaps other stories that they've twisted and contorted.

Don't believe everything you read. I have nothing to gain by twisting this around. I hope those reading this will understand that they take advantage of us daily. We should demand the truth be printed and that those advertisers paying them should reconsider their investments and demand that the truth win out over deception. We deserve so much better. 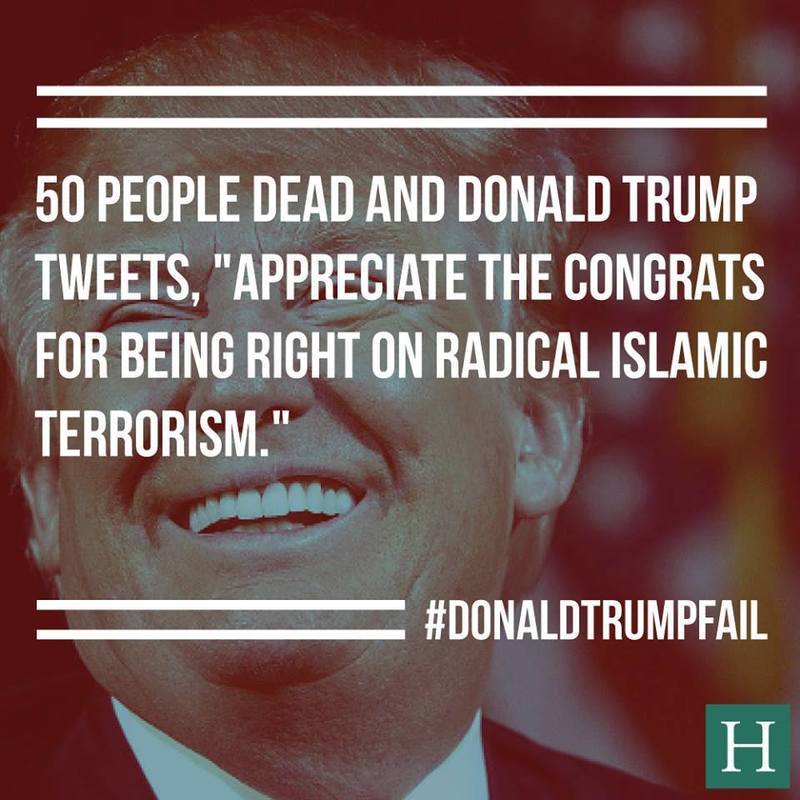 Image from Huffington Post with clipped sentence. Period added after terrorism where in reality there's a comma after that word and the rest of a sentence. 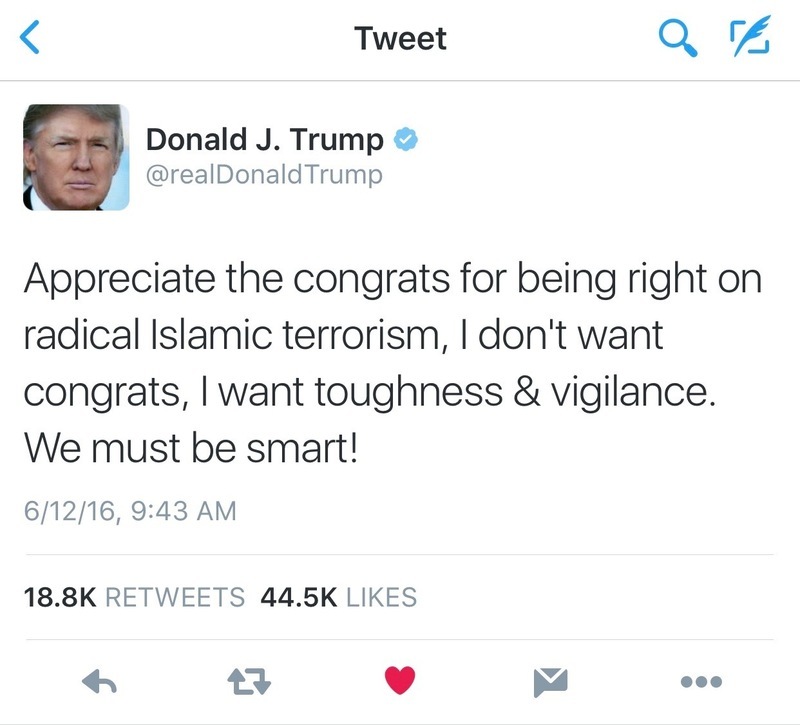 Image of Donald Trump actual tweet with complete sentence showing so that it cannot be misunderstood.